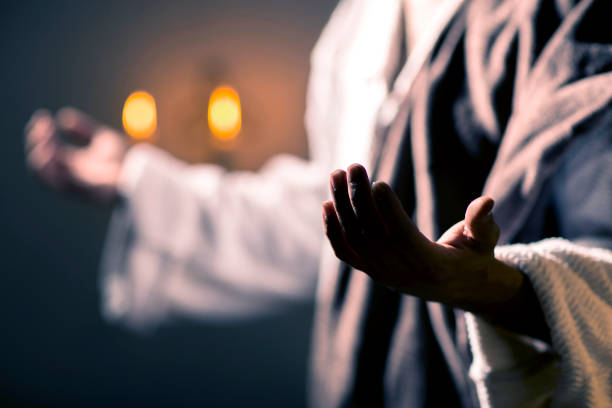 Female Genital Mutilation (FGM) is definitively top of the list for being the worst kind of evil exercised against women to date. In the course of my research regarding this issue, the cases that I have come across have left me stunned and sick to the stomach. No other form of degradation quite compared to FGM. What I also find troubling is how the practice is associated / attributed with Islam / Islamic practice, and particularly so by the likes of Christopher Hitchens and Ayaan Ali Hersi.

How could it be that God could order (or through Islamic teaching encourage) such an unjust act? Firstly, it is important to note that the simplistic label of FGM fails to differentiate between the different types of cutting. Not all forms of this practice are equal in procedure and do not result in such horrific consequences, which can then be labelled as mutilation. A more accurate term therefore would perhaps be female circumcision. Take for example Labiaplasty which has become very popular in the West. This procedure is just one of an endless list of body improvement options available to women. That is, along with breast enlargement, buttock augmentation and toe surgery (yes, even toes have not been spared from the rigorous procedures required to obtain ‘perfection’). What is Labiaplasty? Cosmetic Labiaplasty (labia minora reduction surgery) involves surgically reducing and/or reshaping the female external genital structures (genital lips). There are various reasons why an increasing number of women are requesting this procedure. For many women they simply want to enhance or improve appearance of “butterfly” or asymmetrical labia. ‘Feeling good about how you look often builds self-confidence and self-esteem’ says one plastic surgery website.

It is important to note that female circumcision is not a phenomena restricted to Muslim communities, nor is it restricted, more generally, to any ethnic, religious or socioeconomic classes in society. Female circumcision has been practiced for centuries within various ancient cultures. For example Egyptian mummies were found to have been circumcised as far back as 200 BC. Interestingly, and less well known, a form of female circumcision was promoted among teenage girls in Britain and the United States during the 19th and early 20th centuries. It was seen as a cure for lesbian practices or suspected masturbation, hysteria, epilepsy, and nervousness. Currently, the practice is most prevalent in African countries such as Nigeria, Ethiopia, Sudan, Kenya, Egypt, Ghana and also in parts of the Middle East. With respect to religious adherence, the practice is carried out not only by Muslims but, followers of different religions such as Christians (Catholics, Protestants and Copts) and Animists.

“The Quran makes no references to any form of FGM or lesser procedures.”

Is this an Islamic practice? The answer is a definitive no. It is more so a cultural practice. It is simply the case that actions that are done for purely cultural reasons, over time, acquire an Islamic justification: FGM is no different. In Islam an act will only be considered Islamic if it has a basis in the Quran, the divine words of Allah-SWT) and the Sunnah, comprised of hadith which are the deeds, words, or statements of approval of Prophet Muhammad (PBUH). Like any other issue requiring a clear Islamic verdict, it is necessary to refer to these fundamental sources to establish whether there is any evidence substantiating approval for the practice of FGM. The traditions (sunnah) of the Prophet (PBUH), which are well documented should indicate whether or not there are any authentic or relevant traditions that can be used to support the practice.

The Quran makes no references to any form of FGM or lesser procedures. There are also no implicit orders form the Sunnah to support such a practice. There are, however, narrations mentioning female circumcision. These narrations are considered weak (related to the weak nature of their transmission rendering it lacking in juristic value). Those who argue FGM/C has an Islamic basis often do so on the basis that that the following hadith establishes it as part of the Sunnah or Tradition of the Prophet:

‘Um Atiyyat al-Ansariyyah: A woman used to perform circumcision in Medina. The Prophet (pbuh) said to her: “O Umm `Atiyyah! Trim, but do not cut into it, for this is brighter for the face (of the girl) and more favorable with the husband.”

On first impressions it may seem as if this practice was ordered/encouraged by the Prophet. However the Prophet Muhammad encountered a woman who was going to proceed with the circumcision anyway, all he did was suggest that she remove a smaller amount of genitalia than she had originally intended, and in doing so avoid excessive measures. There is no order here to conduct any form of female circumcision- that is, unlike male circumcision, where a direct request to do so is explicit in other narrations/Quranic texts.

In a Hadith narrated by Abu Hureira (RA), the Prophet Muhammed (PBUH) said, “whenever a man becomes a Muslim he must be circumcised.”

Even if one were to argue that trimming is of Islamic value since it is mentioned in the hadith, it does not necessarily follow that Islam allows what is considered to be FGM. Making the jump from this to the abhorrent practice of FGM is too large a leap. The most one can possibly infer from this hadith is trimming, which is commonly referred to as Labiaplasty in the West (and not cutting into it which is involved in FGM).

“One commonality persists; they are grounded primarily in ignorance and superstition.”

So if Islam doesn’t legitimate this practice what are the reasons behind it being carried out? A study in Nigeria by the World Health Organisation found that women within the Igbos tribe believe that FGM makes them more feminine and thus more attractive to men. The organisation’s social study in other African communities established that the practice is believed to raise the social status of families and generates income when the daughters get married and the dowry is paid. Behind the illusion of ‘Islamic practice’ we clearly see the overwhelming factor for its justification is cultural influence and traditions, social acceptance within the community, ensuring chastity and fidelity by attenuating sexual desire. Reasons may vary from culture to culture but one commonality persists; they are grounded primarily in ignorance and superstition.

Proponents of the practice argue that if a woman’s genitalia is not cut she will be sexually uncontrollable and sexually overactive, so cutting ensures that women remain chaste. In some cultures, the practice is believed to enhance love as girls are taught how to satisfy a man sexually (improves a woman’s sexuality) and other matrimonial rituals that ‘cement’ a marriage. It is also a way a woman can achieve recognition and economic security through marriage and child bearing. FGM is also often a prerequisite for qualifying for wifehood. The practice therefore accords a woman economic and social protection. In addition, FGM is also believed to improve a woman’s sexuality as it brings about “dry sex,” which provides more pleasurable sex to men. This dryness is achieved by using certain herbs and ingredients that reduce vaginal fluids and increase friction during intercourse, which is attained by using the fourth type (unclassified) of FGM. Men are understood to love dry sex and if a woman is wet, they think it is not normal.

If a practice is not Islamic and simply permissible (mubah) it may or may not be carried out- remains the choice of the individual. If it is forbidden i.e. Request personal prophetic word Haram, which we can substantiate through the Quran and the Sunnah, then we can conclude inductively that FGM is prohibited. FGM may cause numerous physical complications, including hemorrhage and severe pain, which can cause shock and even death. Long-term complications resulting from interference with the drainage of urine and menstrual blood can result including infertility, chronic urinary tract infections or kidney damage. Kidney damage is caused by recurrent urinary tract infection, which causes bladder and ureters infections. Infections can spread to the pelvic girdle, causing chronic uterus, fallopian tube and ovary infections. FGM increases problems associated with childbirth. Severe forms of mutilation cause partial or total occlusion of the vaginal opening, labour may be prolonged or obstructed this can cause lead to stillbirth and maternal death.

The Quran states in surah 2 verse 195 “…do not contribute to your destruction with your own hands…” This verse is understood generally to outlaw suicide and other forms of self harm. Some jurists use this verse to argue that smoking is prohibited since it harms the body. FGM is far in comparison.

Also, Prophet Moahmmed(pbuh) said: “There shall be no inflicting of harm on oneself’.

Furthermore, It can be argued that this practice is prohibited since mutilated genitalia reduces/eliminates a woman’s pleasure during sex. It is well known in the Islamic tradition that men are not allowed to finish having sex until a women is satisfied. So how can an act which interferes with this process be allowed if it eliminates a women’s sexual pleasure?

In light of the above it seems a gross error to connect FGM with Islam/Islamic practice. There are in fact good reasons to argue female circumcision (Labiaplasty) is not valued in Islam. FGM, in my view, amounts to a reflection of deep-rooted inequality between the sexes, and constitutes an extreme form of discrimination against women. It is a practice that violates a woman’s rights to health, security and physical integrity. Such an act is akin to the cruel and evil pre-Islamic practice against women of burying their daughter alive. Prophet Mohammed vehemently opposed and attacked this practice. Just as burying the daughter alive was axiomatic to the pre -Islamic society and the Prophet attacked this so should the evil cultural practice of FGM be condemned and fought against today.